The answer to the question on the Members Only page is...

Quietly get off the merry-go-round and go home.

The Last Carriage Club is usually the first club activity undertaken by new and prospective members of Hawkesbury Probus. We want as many new members as possible to join in these excursions, as this is the easiest way of getting to know our members. After all, we are a large club and large clubs can sometimes be daunting for new arrivals.

The key to the popularity of this event, held on the second Thursday of every month, is the fact that it is a mystery tour. Members like the idea of turning up for a train, not knowing where they will be going until they receive an itinerary after they have boarded the train. This is (almost always) the 08.41 train from Richmond Station, or any other station down the line. As the name implies we always use the last carriage, especially on the upper deck.

Where we go on these days is virtually anywhere in Sydney or its environs, as far as can be travelled in one day. Even more interestingly we have a new annual excursion which sees us going off on one day with our overnight bags and not returning until the next day. Necessary details are revealed but not the destination. The transport we use are the trains, trams, ferries and buses that are available to the public. Sometimes connections are not available where we arrange a chartered bus or boat. The travelling cost on the day trips is only the $2.50 Opal Card, unless there is a non-Opal Card expense. If that is the case, it is always advised in advance.

Lunch is a part of every day. This might be at a restaurant, club or even a picnic in a special spot. In most cases the lunch location will have been chosen and an arrangement made for the number of people expected. This is usually à la carte and there are always options available at club bistro prices. Sometimes we visit a location with so many possible lunch options we declare it to be “a free range” day, meaning break into small groups and pick around wherever you like. On other occasions it will be a set meal and the cost of this will be collected in advance.

Names for coming events are taken at a club meeting or by email or text to the conveners. Soon after that an acknowledgment email will be sent. Then in the week before the event a reminder email will be sent giving out any information which will be helpful, such as any walking or steps involved, or costs additional to the fare or lunch.

Occasionally, for variety, we will have a trip which involves a popular walk. In this way every trip will not necessarily suit every person. Some itineraries require a maximum number due to limitations in the transport or dining availability. This will always be indicated when names are being taken. When the number is exceeded a waiting list will be started.

The destinations we have had so far are:- 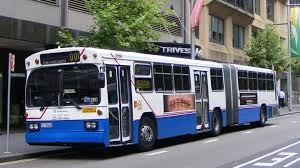 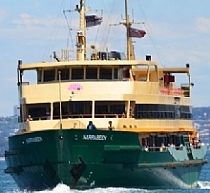